The music coursed through my body like an animal, channeling down into my hands, giving them strength. The spotlights flashed shining rays of color down on the stage. My head bobbed to the beat as I settled into the zone, not thinking of anything but the song. Boom, Boom, Crash! I hit the last beat and cut out. There was a moment of silence and the crowd erupted into to a sea of applause. People were on their feet, cheering and yelling. We stood up and bowed. We walked off stage into a crowd. I back got patted so many times I got a bruise and the sound of “Good Job!” reverberate in my ears.

Drumming is what keeps me sane. Playing music in general. I’ve been doing it since I was three years old, and though my skill has changed my determination to be the best has not. From banging pots, to lessons and performances. It’s became as much a part of my life as eating or drinking. I need it to survive. I live in a house with two parents and my brother who happens to be emotionally disturbed. Three fourths of the time he’s at home he’s yelling and creating conflict with me and, unlike everyone else in my family, hates my playing. It feels like he tries to ruin everything that makes me happy. And aside from all that, homework and school takes up almost the rest of my life, almost. In those little slivers of time, where I have finished my homework and my brother is off at judo or a friend’s house, I get on my set and play like there’s no tomorrow.

Some people believe playing music is too hard to be fun, that it requires discipline. It does require discipline and patients and guts and much much more but I wouldn’t trade it for the world. As I was born into a musical family I naturally grew up learning discipline in music. My drum teacher would always say; “it doesn’t matter how complex or hard the song is to play, music without a steady tempo is not music at all.” Keeping a steady tempo is harder than you would think. Even a little change can throw off the whole song. I spend hours after learning a drumbeat playing it over and over again, just to get the tempo right. It’s a challenge, but I like a good challenge. Where’s the fun in it if it’s easy?

As drumming became a bigger part of my life, I started practicing with older and more advanced musicians. Over the summer I went to a rock and roll camp called Take Five inspired by Dave Brubeck’s hit song. When I arrived there they split us into age groups and had us play for them. When it was my turn to play I went up and played one of the most complex beats I knew. The camp counselor, who was enforcing the auditions immediately took me by the arm and pulled me out of the room. He lead me down a long hallway with all the different age groups in different rooms. We went past 8th grade and 9th grade all the way to 10th. He opened the door and we went inside. There were about five people inside, all about a head taller than me. They stared at me in confusion. The counselor told them that I was being transferred up to their band. A couple snickered. The counselor left. Most of them got back on their instruments and ignored me but their bass player, who I later found out was called Ami, walked over to me.

“Why’d you get transfered?” he said

“No idea” I said “I was playing for the counselor and then he brought me here.”

“Okay” he said “Wanna play something, to see how good you are?”

“Sure” I said. I walked over to the drumset and he set up on the bass.

“So just freestyle onto what I play, okay?” I nodded and he started. I closed my eyes and played. We played for a good minute. When we stopped all the other 10th graders were staring at me in astonishment.

“Welcome to the band, Miles.”

We went on to play in the camp concert in front of the director and most people said we played the best song. I didn’t care. I couldn’t care less if the whole camp hated it. I was happy playing it and I had just met a new band that matched my skill level. We have played together every summer since.

Drumming is part of my life and I hope it continues to be. I dream to be up on stage, in front of thousands of people, just playing my heart out. Traveling the world with my band by day and playing all night. I sometimes wonder if anyone will still be into playing music when I grow up. With all the new tech, I wonder if musicians will be replaced. All I can do is practice and hope. Practice, hope, and keep the beat alive. 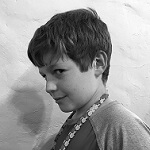 Miles Blumenthal is in 7th grade and attends Bank Street School for Children. He loves drumming, basketball, and hanging out with his friends. 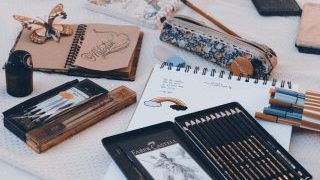 My Work of Art 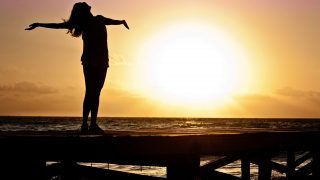 The Beauty in My Gender 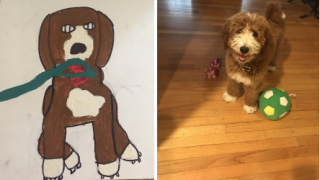