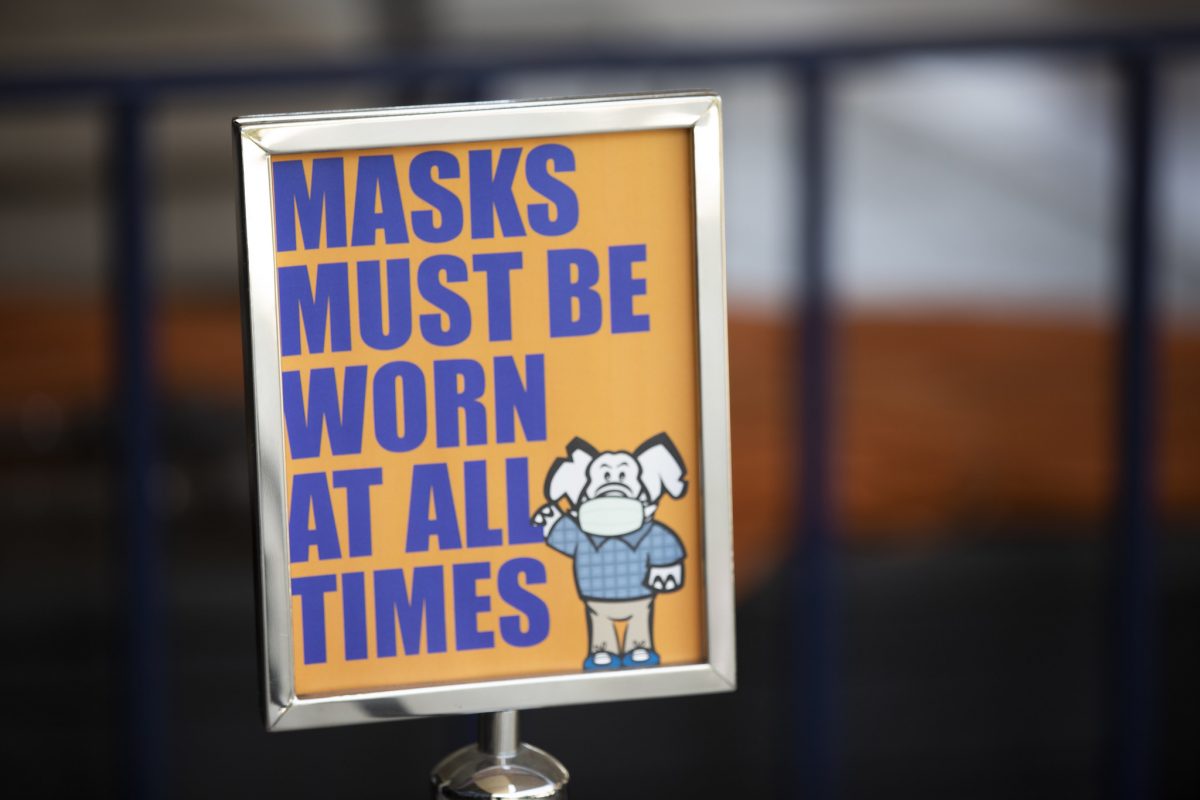 With the Delta variant spreading wildly across the U.S., mask mandates are making a return; sparking yet another political debate about individual vs. public health.

“Make no mistake—The threat of bringing masks back is not a decision based on science, but a decision conjured up by liberal government officials who want to continue to live in a perpetual pandemic state,” House Minority Leader Kevin Mccarthy tweeted after hearing that the United States Capitol physician recommended required mask wearing for Congress.

Mark Levine, City Councilman, voiced his opinion during an interview on NY1.

“It is inconvenient, but it slows the spread, ” Levine said. “And to protect vulnerable people, including kids, including the immunocompromised, it’s a step we need to take.”

Restoring the mask mandate has become the latest controversy in the fight against the COVID-19 pandemic. Some think wearing a mask should be decided by people, not the government. Others want to focus on urging people to get vaccinated and believe mask mandates may deter people from doing so. Some are trying to be practical and advocate for a layered mitigation approach, including mask-wearing, vaccines, and various social distancing measures.

For over a year, society has been living in an alternate reality with mask mandates, travel restrictions, stay-at-home orders, stocking up on Clorox wipes, and not being able to see friends or family. Remarkably, within a year of the outbreak, scientists developed several efficacious  vaccines that were eventually administered to people 12 years old or older. Society exhaled as vaccinated people started to take off their masks, and deaths and hospitalizations decreased dramatically. Now, a more transmissible Delta variant of the COVID-19 virus has caused an increase in cases, triggering fears of a return to another surge of sickness and death and lockdowns.

The Delta variant that caused a massive surge in cases in India in the spring with an estimated 4 million deaths now accounts for more than 83 percent of new COVID-19 cases,” said Dr. Rochelle Walensky, director, Centers for Disease Control and Prevention (CDC), during a hearing of the Senate Committee on Health, Education, Labor, and Pensions.

To combat the spread, talk has turned to restoring the mask mandate across the U.S., which will protect millions of unvaccinated people and provide added protection to the vaccinated. But, some Americans believe that wearing masks again will cause a halt on fully reopening.

“We need to be reopening our state, not reimposing unnecessary restrictions,” Kevin Falcouner, former San Diego mayor, wrote on Twitter.

So, what are the benefits of reinstating the mask mandate? What will be the barriers? How will the public react?

Last February, there were 125,000 COVID cases daily in the U.S.. Barely 6 months later and with half the population fully vaccinated, we now have an average of 120,000 daily cases according to The New York Times.. Because of the infectiousness of the Delta variant, people believe that restoring the mask mandate will help bring cases down and protect everyone, regardless of vaccination status.

Suzue Saito, an infectious disease epidemiologist and director of surveillance at ICAP at Columbia University, believes that New York City should restore the mask mandate for everyone, regardless of vaccination status.

“While we continue to have lower-than-optimal coverage of vaccination we should rely on other measures like masking and distancing to increase protection against the Delta and future variants,” Saito said. “This is a marathon not a sprint, and we are going to be in this pandemic for years and we need to rely on multiple strategies to fight it.”

Recently, the CDC recommended that vaccinated people should start wearing masks indoors. And many state and local governments and private companies have followed suit.

“I always keep my mask on in indoor public places, even though I’m vaccinated,” says a teen from Washington Heights. However, some people are anti-mask because they believe masks are unnecessary, and they believe it should be up to them whether or not to wear them.

“When it seems like there are a menu of options out there, naturally you will choose the thing that seems most appealing to you,” she told Health. “Lots of people may feel like the mask is an imposition on their life and feels uncomfortable, so if there is a public message that validates that, you are going to tune into that.”

So, what are the advantages of requiring masks?

Reimposing the mask mandate has certain benefits. It will protect everyone, including vaccinated people, from contracting and spreading the virus. It can buy time as more reluctant people get vaccinated. The Delta variant is very contagious because it has a very strategic mutation on the spike protein that increases replicability in your nasal passage. When you sneeze or cough, the droplets and aerosols contain much more of the virus than other variants. While there has been less than 1 percent of breakthrough infections among the vaccinated, according to the CDC, masking is an additional layer of protection that can further decrease spread of virus in the community.

States and cities, like Missouri, Nevada and Los Angeles, have required masks for all people, including those who are vaccinated. However, people are starting to challenge the mandate for not allowing them to consider their personal risk factors.

What would be the obstacles in reimposing the mask mandate?

There are debates now on whether requiring masking in schools is necessary to protect particularly the younger children who are not eligible for the shots to date. Mayor Bill de Blasio has decided to require masks for all city students and staff this September. Principal of P.S. 187 Hudson Cliffs, Emel Topbaz-Mejia has voiced her support of this decision.

“Considering that our youngest learners are not able to get vaccinated at this time, it’s the best decision we can make to ensure the safety of both our students and our adults,” Topbaz-Mejia said.

Parents from New Jersey and California are filing lawsuits to ban mask mandates for their childrens’ schools. Parents from California are also in the process of filing a lawsuit against Governor Gavin Newsom for requiring students in California to wear masks in school.

“I was surprised and I was really disappointed because they said that the reason they were putting forth these letters is so that vaccinated students would have that choice to unmask, but every kid should have a choice to unmask,” Sharon Mckeeman, a California school parent and founder of the Let Them Breathe Group, told NBC.

Why do some people oppose requiring masks for society again?

People have been very skeptical of requiring masks again. They believe it will not help the goal of fully reopening the economy.

“I think people will be disappointed that folks were having some hope and seeing the light at the end of the tunnel, and this would be a suggestion that we’re taking a step back,” Marcus Plescia, chief medical officer, Association of State and Territorial Health Officials, told the Washington Post.

What do kids think about all this?

As the debate about reinstating mask mandates rage on in the adult world, many children appear undeterred.

“Showing people data…showing how many cases are among those who are wearing masks versus how many cases amongst those who don’t or who are unvaccinated could help people understand the value of masking. It seemed a pretty obvious choice to me,” says a 13-year-old.

As an 8-year-old from Washington Heights puts it: “These people just need to calm down before steam comes out of their ears. By now, I’m used to wearing a mask…it’s really easy. Why can’t they just wear a mask? It’s not that big a deal.” 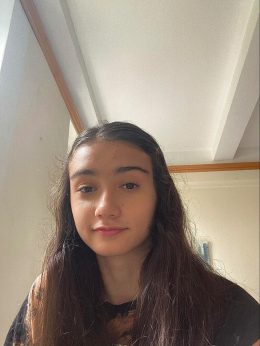 Nadia Mitic is a 14-year-old living in Washington Heights who started at Uptown Stories at age 8. Ever since then, she has had a remarkable passion for writing, especially writing fiction. Her other interests include playing sports, reading, traveling, staying organized, and living life. 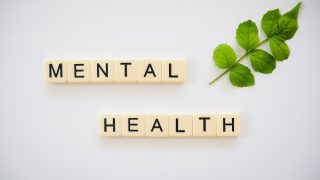 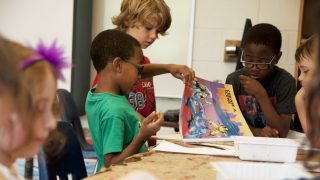 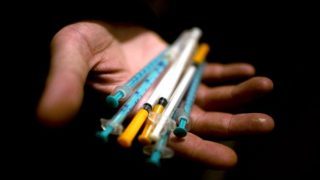