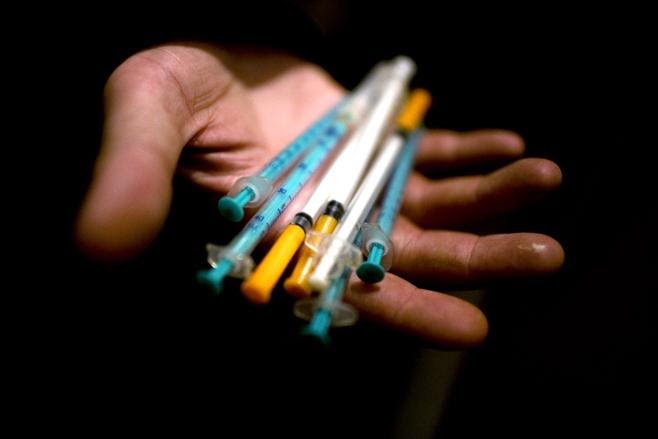 How drugs are affecting the neighborhoods of New York City.

“Come,” they say. “Try it—it’s going to make you feel good. It will take the pain away.” Those are drugs, the war that my community is currently fighting. As a young 14-year-old, I’ve been exposed to something that I would rather not have been: drug needles and drug users out there on my streets. It’s a sad issue in the poverty-stricken neighborhoods of New York; drugs and violence are taking over and we are doing nothing about it. It’s despairing to think that  young kids, or anyone else for that matter, can touch an infected needle that a drug user injected themselves with, and could potentially contract HIV or AIDS, which could infect your body forever.

What about the toxicity?

These drugs, needles, and the opioid epidemic are what Washington Heights is facing. These needles are being littered on the floor, and young teens and kids are seeing them everyday. I am tired and heartbroken to see people harming themselves without realizing it. I need to speak up as a teenager, a New Yorker, and as a resident of Washington Heights. I care about my community and I also care about people. Needles on the floor and users injecting themselves with them are things that I don’t want to see everyday. I wouldn’t want others to see them either. The littering of drug needles has increased more and more every year. This issue caught my attention about 3 years ago, as I was entering middle school and my parents were debating whether I could travel by myself. We saw a news report about the opioid epidemic in Washington Heights on Spectrum News NY1. Ever since the report, I have been more aware about drugs and needles.

Surprisingly New Jersey has a higher rate of overdoses than New York. However, we don’t see it because it’s more of a suburban state and it happens behind closed doors, whereas in New York City, we are seeing it on our streets. According to CBS News, “New York is the 29th deadliest state for drug overdoses”  We have “18.2 deaths per 100,000 residents.” New Jersey is the 10th deadliest state for drug overdoses, they have “31.7 deaths per 100,000 residents.” Even though I see people in New York using drugs and littering the needles on the floor, this is happening worldwide. Many people use drugs, and it can be the people you least expect. Some celebrities have used drugs before, like Demi Lovato. She had an addiction to cocaine and she said, “When I went to rehab, my manager said, ‘You can either keep this private or you can share this with the world, and hopefully someone can learn from your struggles.’ That’s when I thought, ‘I think it’s more important that people learn from my struggles than to keep it to myself’.” This shows that people from all walks of life can struggle with this epidemic.

So, I asked a couple of people in Washington Heights how they felt about these syringes on the ground, and if they felt safe. (They wanted to keep their names anonymous so they gave their age and gender.) A 35-year-old female says,“I feel disgusted and afraid every time I go out. It looks like the walking dead out there. It’s like I don’t even recognize my neighborhood anymore. I fear for the elderly and the young kids outside… I do not feel safe anymore. I literally saw a drug user shooting up drugs in broad daylight across the street from a school, at 8 a.m.” Another person, a 48-year-old male, says, “I feel alarmed, disgusted and worried. I feel alarmed because the drug epidemic is taking over the city streets and community, disgusted because I feel the city is not doing enough around the area and worried because syringes are everywhere, anyone can get infected and they can potentially harm the elderly in the area and the kids… Yes and no, safe because I am familiar with the area so I know what streets I can avoid as far as crackheads. I don’t because of the lack of police presence.” People feel safe and sometimes they do not feel safe, but these two people feel that these syringes are affecting the community of Washington Heights.

Who cares about what I see 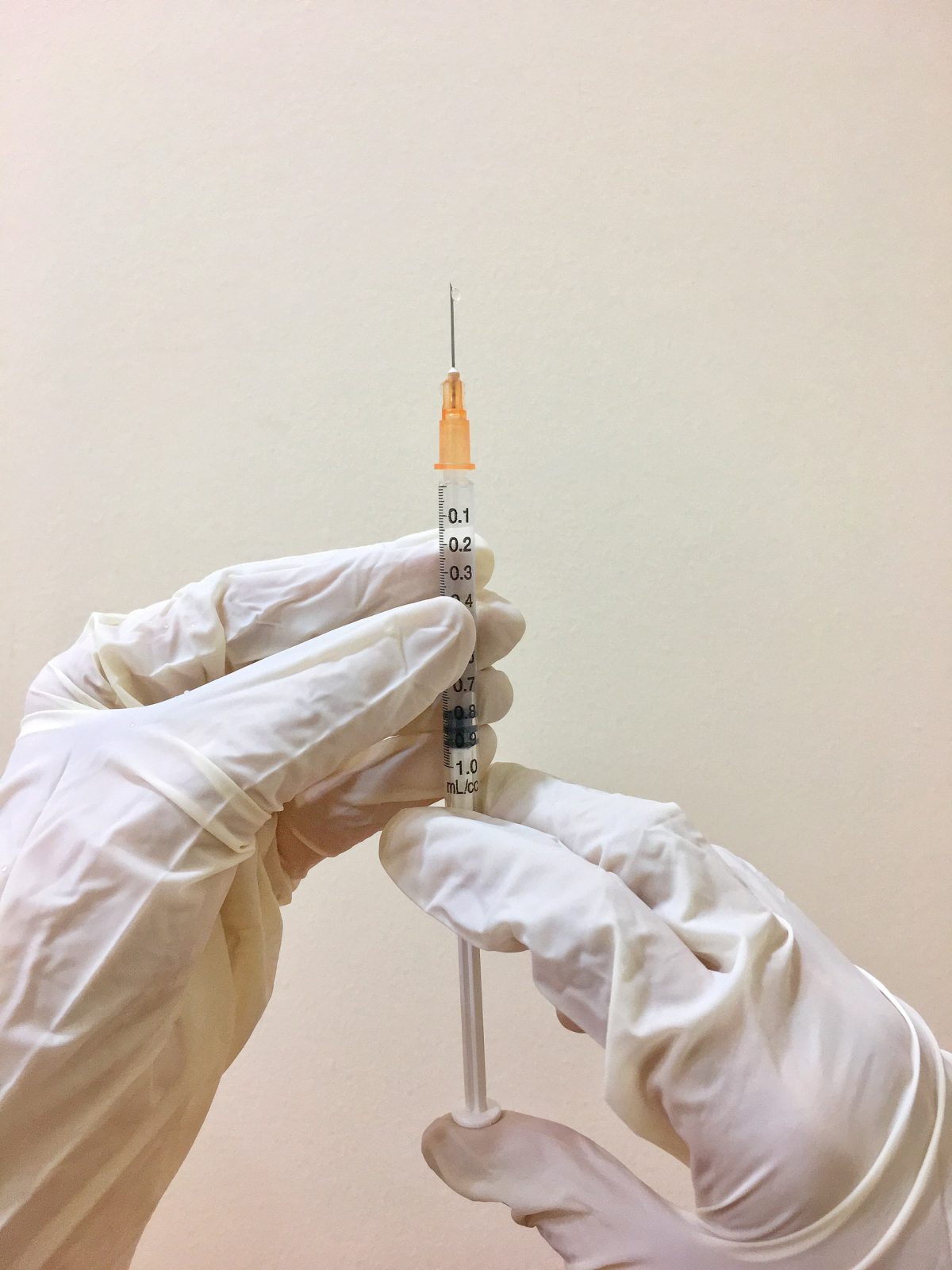 We can end this opioid crisis with many different solutions. I would say getting the users to rehabilitation centers to stop the littering of drugs is one way we can end the opioid epidemic.

In the interview I had with a 24-year-old female, she said, “I think we need more centers for mental health issues. Mental health plays a big part in drug usage. We need more programs for the community that will target mental health and overall develop more programs that target Black and Hispanics because they are the ones that use it the most. The Bronx needs it too. Maybe that can make a difference and then people will think that they don’t always have to turn to drugs but the programs can help because these people have no one to turn to. They have no family, no resources and they think it’s the only way out. These centers could really help.” She also said, “Drugs are popular in this day and age and it’s hard even though you live a different lifestyle and go to school and work because you want to get out of the ghetto but you’re still surrounded by the drugs and homelessness in the process of doing that. The Heights is highly populated with drug usage. You may want to help others in need, for example when a person you think is just homeless asks you for money and you think you’re helping but they use it for drugs and alcohol. You just never know.”

The 48-year-old male said,“I believe one thing that can help the community is more awareness and educational meetings. The community needs to listen and be informed of what is going on. Unfortunately, the politicians that swore to serve our communities are not helping. Adriano Espaillat and Ydanis Rodriguez don’t live where we live, they don’t live where the crime is occurring. Politicians like Bill de Blasio don’t understand and don’t care what we go through. They don’t live where we live. De Blasio has cops and guards with him at all times. It’s like a movie… it looks clean and happy so the same goes for when de Blasio takes videos and pictures on the trains, but what you don’t see is that they have cleaned the area where he will be; they have police escorting him at all times and they clear a subway car for him in these pics. Why doesn’t he come and take the train randomly on 181st street? Let’s be real. It’s not just drugs and littering but also getting rid of outdoor dining, city bikes that are taking up parking, it’s bad enough there was no parking before now it’s even worse. They just try to inconvenience us so we can leave the area. That’s why they don’t do anything about the drugs or the loud music or the fireworks at all hours. They don’t care, it doesn’t happen where they live. Perfect examples, look at Fort Washington Avenue, Bennett, Cabrini, Haven… You don’t see these issues on those streets on that side of the neighborhood, why? You know why.”

Another person I interviewed was a 17-year-old female and she says, “In my eyes I feel like we can’t change this issue, it’s something we see daily and who’s going to pick up the needles, because I know I am not going to touch them.” All these perspectives show that there’s a real issue in our community of Washington Heights, that needs light, attention and action. How can you help?

Jamari Ferran is 14 years old and was born and raised in Washington Heights. She is entering her first year in high school and is passionate about education and helping her community. 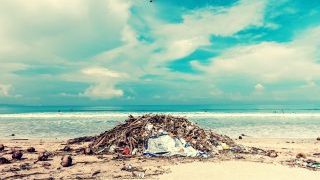 A War Between the Ocean and Plastic 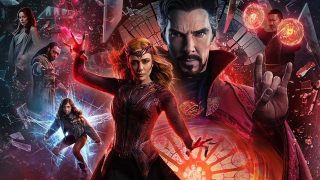 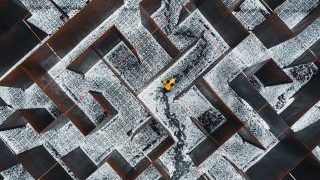