We rushed through the tangled vines, as my cloak kept getting stuck. I had to use my dagger to cut through the thick green foliage.

“What is it?” asked Madison.

Madison is one of the friends I went camping with a year ago. The same trip that turned into this survival nightmare.

“Nothing,” I said. “Just got scratched by a few vines.”

We were currently going to salvage another supermarket. The one that we had survived a few months on was completely empty. After this one, the nearest food source would be too far away. We would have to rely on foraging and hunting for the most part. Not to mention the other starving kids we would have to compete with.

“Why does it have to be so far away?” complained Bronson.

Beads of sweat rolled down his dark face. I could tell he needed to catch his breath.

“It’s only another mile,” said Madison.

“Jeez Carlson, why did I ever agree to go camping with you?” asked Bronson sarcastically.

Along with the others, Lucas ran beside me. He was mostly quiet, aside from some, “Let’s get this breads.” He was just trying to lighten up the mood. We are still camping, after all.

After a few minutes, we arrived out of the woods into a clearing with paved lots and buildings.

“There!” I exclaimed, pointing to a store.

In front was a gigantic sign, saying “G-Mart.” We strode in very quietly through the darkened aisles. It reeked of mayonnaise. Then, a black silhouette rushed in front of us.

“What was that?” I whispered.

Quiet footsteps filled the air with sound. We took defensive positions, me holding out my dagger. Nothing happened. I advanced through the aisle, still wielding my blade. The others followed in single file. The stench of mayonnaise grew stronger. I spotted one jar of mayonnaise on the ground. I heard the sound of the jars rolling around. Bronson grabbed a flashlight from his pocket and shone it ahead. Sitting surrounded by jars of mayonnaise was a small Asian boy. His dark hair was greasy and unkempt. He looked up at us with innocent eyes. He seemed only 10 years old.

No answer. The boy looked down at the floor.

The morning was cool. As the light filtered through the tent fabric, I opened my eyes to see the shine of the sun. I stood up, the sleeping bag falling off my bare skin, like a shedding snake. As I opened the tent door, I sensed an abnormality. No snoring could be heard from either of my parents. I checked my watch. It was 6:12, my parents wouldn’t have been up by then. Then, my eye caught the form of the sleeping bags. No bulge could be seen in the material, nor heads sticking out. They were gone. Silence fell upon my mouth. Only the crashing of waves could be heard. Perhaps they had gone on a morning walk?

I unzipped the tent door, the zipper making a high pitched ripping sound. I looked around at the other campsites. Our car was still there, the bikes still there. No one was standing outside of their tents. The wind tossed my blond hair. I walked towards the entrance to the beach. The grainy sand filtered through my toes. The grass in the dunes bowed to the wind like it was some king. As I scanned the horizon, no one could be spotted on the beach or in the water.

Nothing answered but the crashing water. It was as if it were teasing me. I took to the ground, sobbing. My tears fell and were absorbed by the sand. Something touched my shoulder. I turned around to see Madison.

Her warm voice made me smile, only slightly.

“My parents are gone,” I said, still teary eyed.

Her brown hair cascaded around her shoulders. “Mine too.”

We both sat together in silence, gazing at the waves. The silence was broken by the sound of Lucas and Bronson kicking up sand at us.

“What do you remember last?” I questioned.

The kid sat there still, eating a ham sandwich (with mayonnaise). He thought for a second, then answered. “My parents were shopping, and I was bored. I went to the meat section and started poking at some ground beef. Then I looked up. The sound of chatting adults and people asking to see the manager was gone. I couldn’t see anyone. They all just disappeared.”

We all stood, concerned expressions on our face. We had to understand why this had happened.

“He must have gone mad and forgotten even his name,” said Bronson.

“What should we call you?” asked Madison.

I struck the steel plate against the flint. Sparks flew out from the set. Before me lay a pile of sticks. Under the teepee shaped array lay stringy fibers of wood. The fibers caught the sparks. It began to catch fire, the flame consuming each string like a fuse.

“How’s the fire going?” asked Bronson. He was holding a beige hare in one hand, a makeshift knife in the other. The hare was hanging by its foot on the end of a rope.

Behind us all of our tents stood in a semicircle, like ancient stone statues. The wind blew our hair. We observed the beach below as the tide rose gradually. It was dusk. The sound of crickets rang through the air. As I gazed at the sand, I saw two kids. One was young, the other appeared older. The older one had something in his hand. He went over to the younger one. He started punching him, mauling him with the intent to kill. He then stabbed the younger boy. The boy fell to the ground with the essence of a leaving soul. I was surprised to see such gruesome acts against someone who would have been recently at least less than a friend.

It had been a week since Jeff had joined us. He figured to be a great asset, even though we were all about 5 years older than him. He was skilled at spotting animals and other things to look out for.

“Great job!” I said, watching him light a fire for the first time. “Needs more kindling.”

He sat in delight watching the tongue of fire lick away at the wood. As the sun set, I felt deja vu. I also felt a feeling of relief for the first time in a while, like something good was going to happen. I realized how much I had changed over this time. So had everyone else, I thought. I noticed how much we had changed this kid’s life, the ways we helped him. It was amazing what so little people could do.

The sound of what seemed like a thousand breaths rang across the grounds. So much air was displaced, I could actually feel a slight wind. We all looked around. Jeff’s fire had gone out. Behind me materialized a tall shadow, as if some ghost had solidified. I quickly turned around. What I saw did not come across my mind at first. It took a few seconds to realize what it was, who it was. Mom. Tears of joy dripped down my face as I ran in to open arms. Lucas, Madison and Bronson all gazed in amazement. Then my dad appeared too. Everyone’s parents had come back. Why and how, I had no idea. But it was something I would never forget.

Society had come to a grinding halt, but was growing. People were volunteering to recover lost kids and provide care mentally and physically. The government required extreme rehabilitation, but I was just glad to be together again. All of us friends were glad we had helped each other survive, and grow. But one part changed me the most. In the next week, we had been able to identify Jeff. We found his parents, who had been grieving for the loss of their son. When we found them, they were so surprised. They hugged their son and thanked us, and especially me for keeping safe. The way he smiled at me then was so breathtaking, I started to tear up. I had changed someone’s life and brought them to a greater being. From that day on, I will always remember that trip and how it changed my life.

Also, his real name was Jeff.

The Ballerina and The NutcrackerLullaby

Miles Gonzalez is an epic gamer. He is skilled at meming and is a 9 year old. Miles despises furries, clickbait youtubers, flat earthers, cringy kids on youtube, the Sonic fanbase and anti-vaxx moms named Karen who want to speak to the manager. Minecraft is his favorite game and it is a timeless classic that will be remembered for generations. 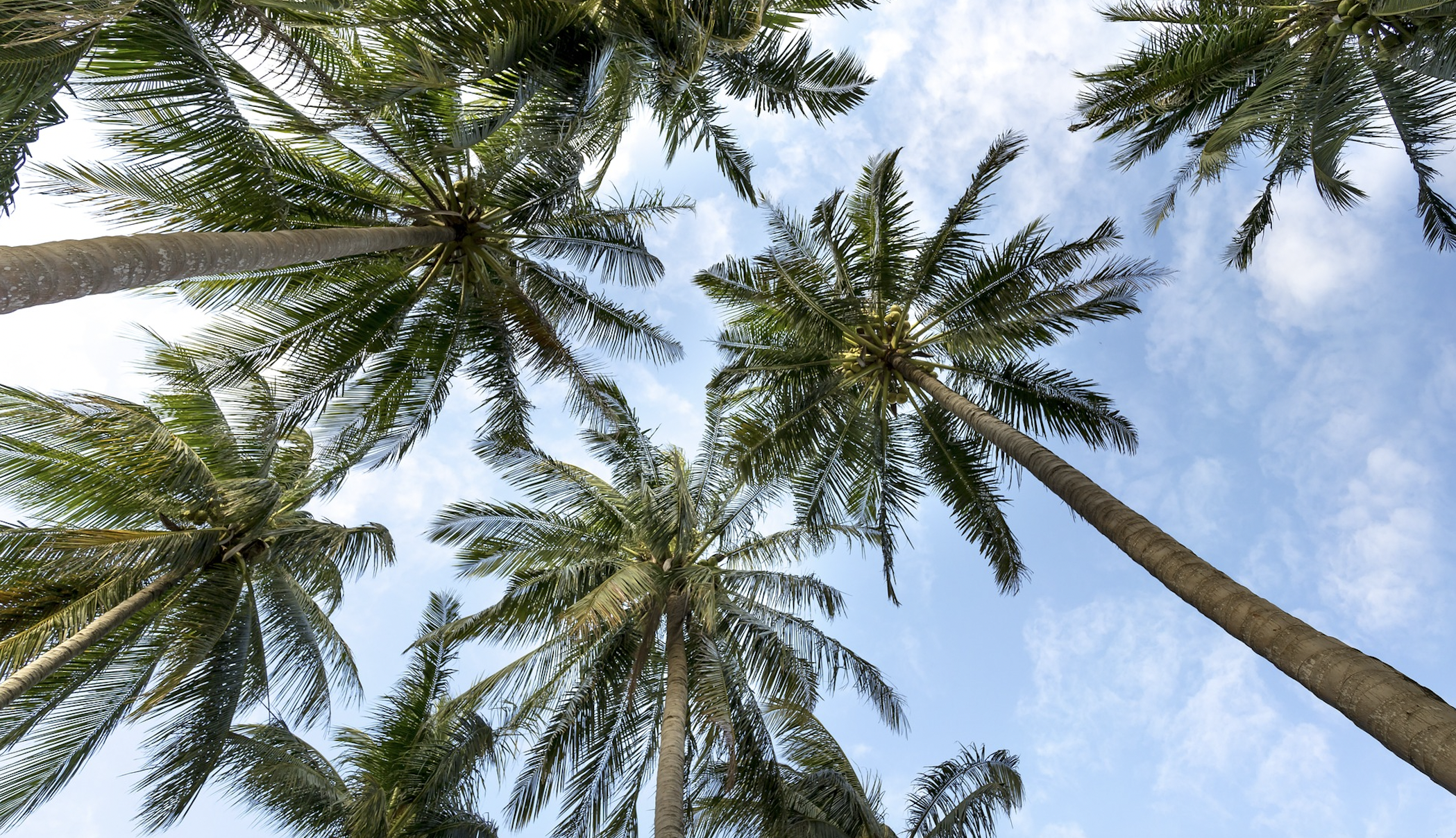 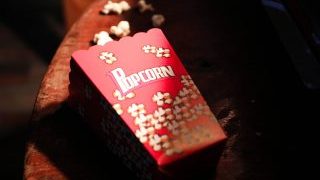 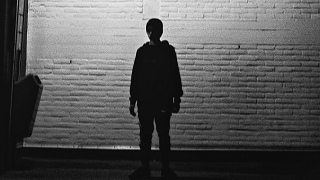